Tarpon Fishing in Florida is without a doubt one of the best angling experiences you can ever enjoy. The Tarpon fish are known for “goin’ vertical” reaching heights up to 10 feet in the air while performing a dizzying array of acrobatic flips and rolls. 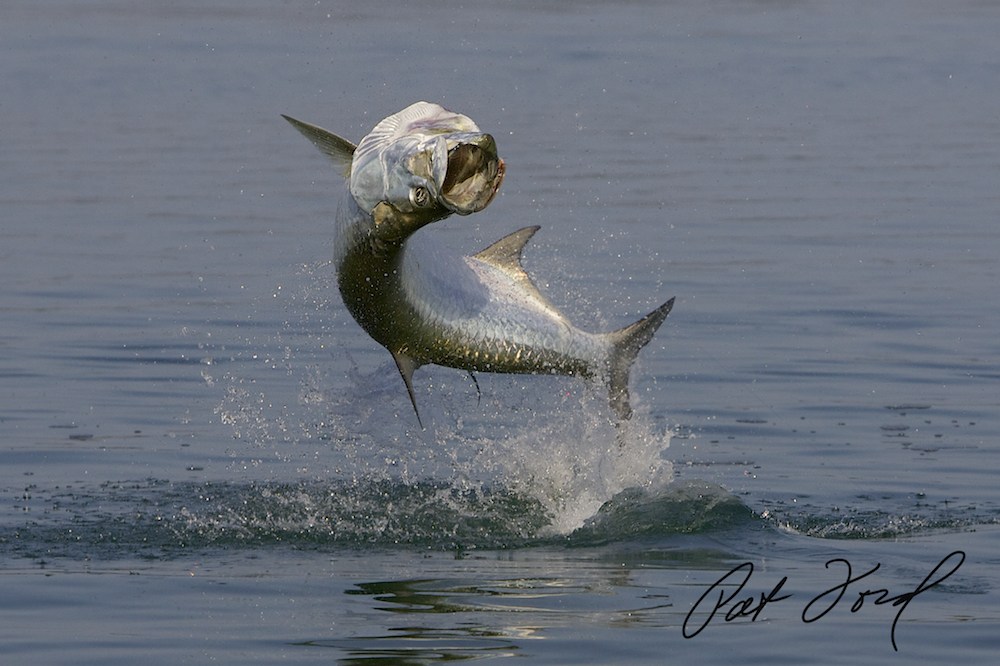 Depending on your geographic location, tarpon are also called: Silver King, Silver Sides or Sabalo (Spanish). Tarpon average in the 40-80lb. range but can grow to mammoth proportions with the World Record reaching close to 300 lbs. Tarpon favor water temperatures between 75-85 degrees and will disappear from areas when the temperature drops below 70 degrees. Tarpon are susceptible to cold and will die in temperature below 55 degrees.

Keep in mind as of 2013, Tarpon are catch and release only in the state of Florida. You can only keep tarpon if you have purchased a special tarpon tag and are pursuing an IGFA world record.
Tarpon fishing gear is limited to hook and line only. If you are lucky enough to land one of these beautiful fish, keep in mind tarpon more than 40 inches fork length must remain in the water when taking your photo with the fish.

Often times you will hear locals say the “Tarpon Migration” or “Tarpon Run” is starting and while this is the case for that area it is somewhat misleading. Tarpon range far and wide on both coasts of Florida and it’s not necessarily one large population moving from one place to another like Kingfish. Tarpon will frequently settle where water temperatures are in their comfort zone and bait is abundant. This allows for plenty of tarpon fish to be found in numerous locations throughout Florida. 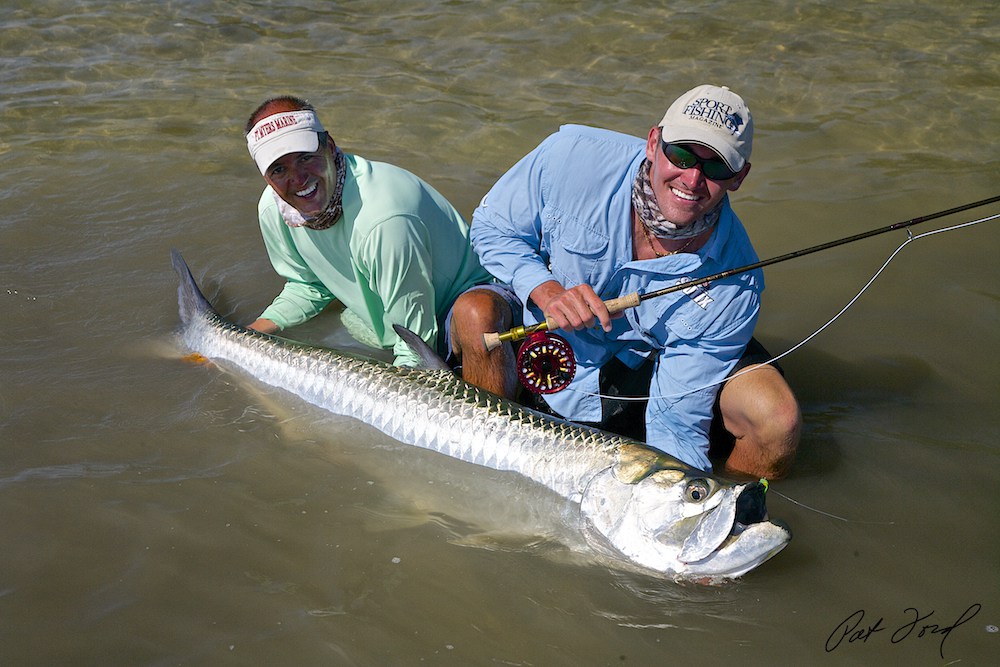 While tarpon are abundant in Florida much of the year, here is a breakdown of the best locations and times of year to target Tarpon.

Atlantic Coast to the Keys

Tarpon are found throughout Florida’s Atlantic coast. Biscayne Bay & Port Everglades offer some of the best tarpon fishing with their numerous ports and inlet, warm water temperature during the winter and plenty of bait. The best time for Tarpon fishing on this coast is from January to June.

The Florida Keys plays host to tarpon all year long. Peak season for tarpon however is from mid-March and lasts until mid-July. During springtime, Tarpon are mostly on the Florida Bay side, but as the year progresses, they start moving to the Atlantic side.

From March to July on the receding low tide will increase your chances for catching. The wild & beautiful Turner River in Chokoloskee are famous for fishing in this area. The river mouths of Lostman’s River and Harvey river also are local favorite tarpon spots. 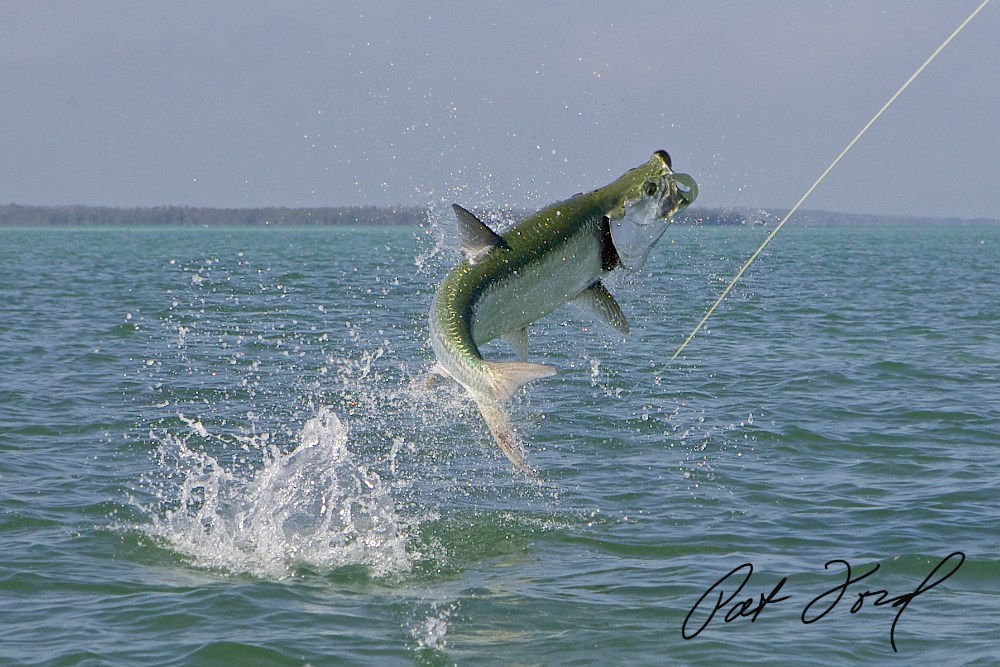 North of the Everglades is the Tarpon Capital of the World. May & June brings anglers from all over the world to target the mammoth full sized tarpon that school up and run Boca Grande Pass. If you are looking for an extreme tarpon adventure, book a fishing charter here and you’ll be hard pressed to not be impressed with the outcome.

Heading farther north along Florida’s West coast we reach what locals call the “Nature Coast” with small, quaint towns such as Yankeetown, Crystal River and Homossassa. Tarpon absolutely love the the grass flats surrounding Homosassa Bay and Crystal River. The water temperature and abundant bait keep big Tarpon here in May through June.

Finishing off our tour of Florida Tarpon Fishing is Apalachicola Bay. This area is a wonderful area with less population that most of Florida, producing less pressure on the fish including Tarpon. Tarpon Fishing in the Florida Panhandle is excellent starting in June and lasts the entire summer.

Tarpon Fishing does require special knowledge of the fish in your area and usually more “beefed up” fishing tackle to safely land a tarpon. For that reason, we’d recommend booking a fishing charter if you are targeting tarpon for the first time. This decreases the learning curve tremendously and also the frustration when tarpon are present but not biting. Fill out the form below and we can help locate a quality fishing guide in your area: 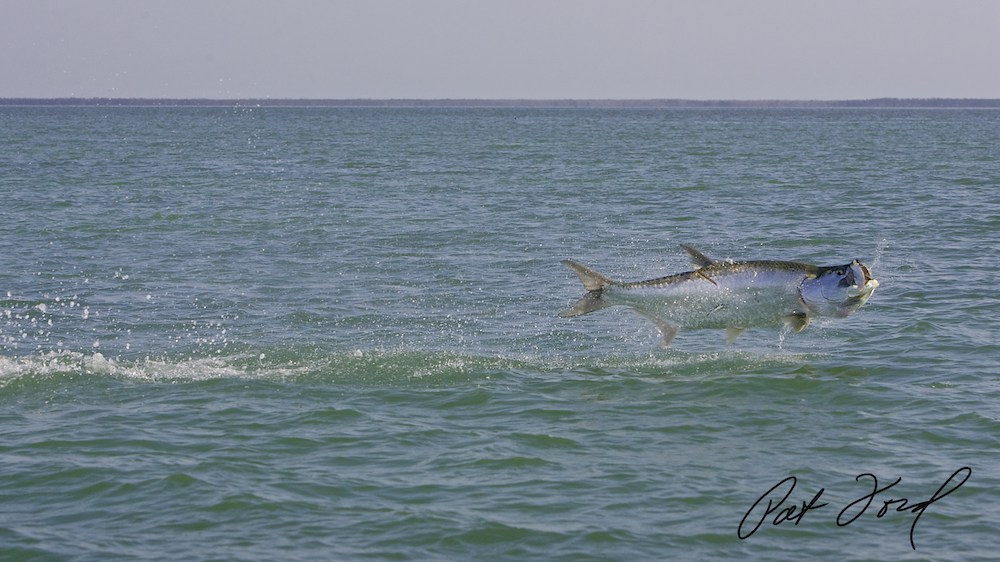