A tree falls at the water’s edge, bass take up residence. Simple, right? No doubt, a good laydowns can yield easy bites, but consistency demands attention to pacing and positioning. Consider these points. 1.Ease Your Way In Most trees come to rest with their upper extremities facing deeper water and their trunks/root masses on or near the bank. The most aggressive fish will … END_OF_DOCUMENT_TOKEN_TO_BE_REPLACED 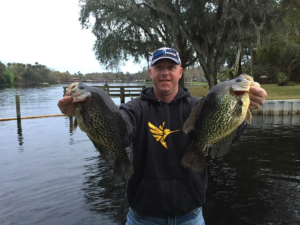 Bobby Barrack is wiping his brow, but he knows the heat’s far from finished. For him, it was a close call. The California Delta guide and sportfishing activist saw a major threat to his livelihood vanish with the recent withdrawal of a petition urging the eradication of black bass (largemouth and smallmouth) and striped bass in the Sacramento and San Joaquin Rivers and their … END_OF_DOCUMENT_TOKEN_TO_BE_REPLACED