You are here: Home / skifflife / jumping a nice big redfish. Don’t know if this one wore out more from ripping 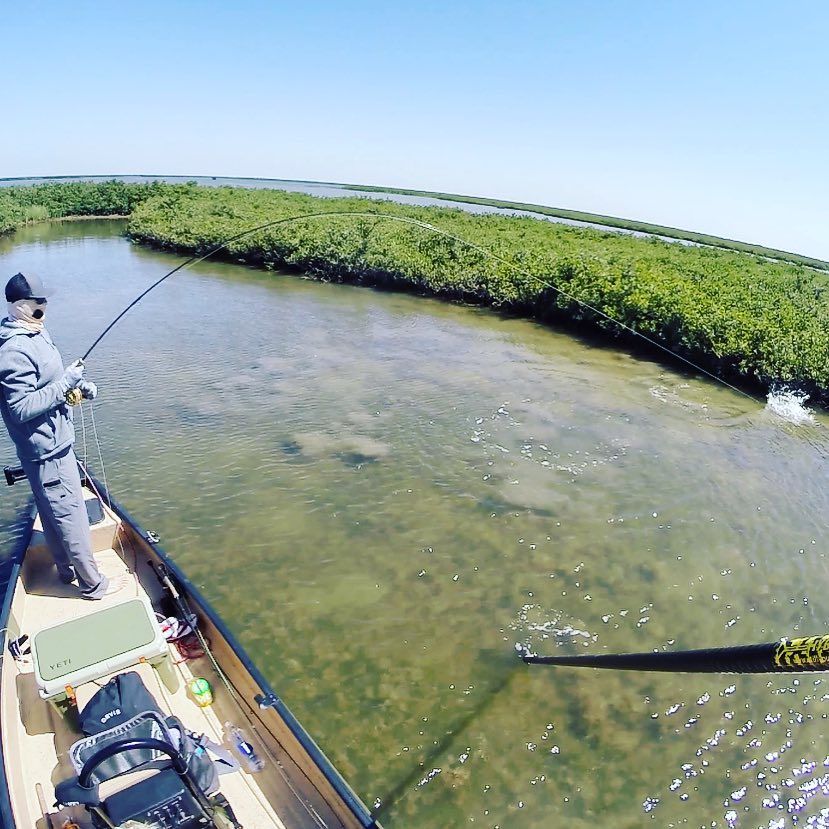 Captain Joe says: @dam_crew_erik jumping a nice big redfish. Don’t know if this one wore out more from ripping drag or pulling the skiff 30yds. #sleighride I was so nervous I’d spook this fish while reaching to turn on the GoPro, so I waited until it went tight. This pic is part of the aftermath. The eat was absolutely best redfish eat I’ve ever seen before. We poled the skiff a good ways following the fish into the back of the cove, and Erik made a 70ft shot count. The fish turned and seriously killed his fly. -then the it proceeded to blow out the whole cove, run under the boat, and pull us. So sick. Congrats on your PB, Erik! Hell to the yes. #peanutbutter

Previous article: sending a fly to a redfish in a sandhole.
Next article: Heading to FL for a weekend of flats fishing in