You are here: Home / skifflife / Let’s do a little math problem. We took our L2Fish, a 51 pound paddle board that 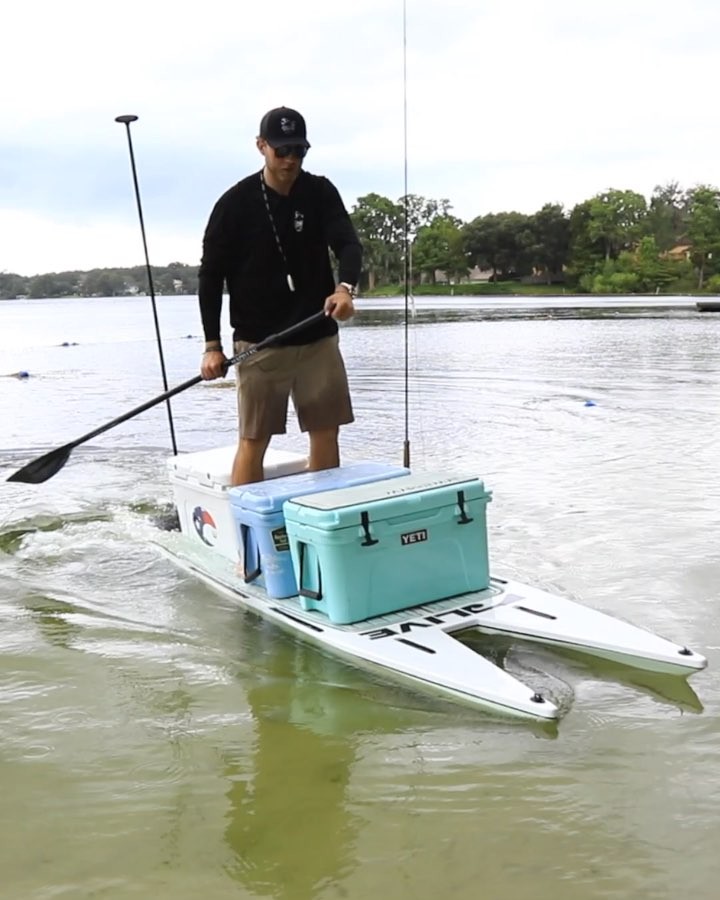 Let’s do a little math problem. We took our L2Fish, a 51 pound paddle board that’s advertised to float 500 pounds and decided to test that limit with two Yeti 45s that each weigh 23 pounds and hold 90 pounds of water, a Yeti 65 that weighs 29 pounds and holds 130 pounds of water, a 20 pound @power.pole micro rig and a 218 pound dude. Our goal was to see if the board could still perform under so much weight, and after loading it down with 623 pounds, even we were surprised it was still able to be paddled…. #whatdoyoulivefor #liveitup