Chasing true monster Snook can easily become an addiction for anglers in South Florida.  The thump of a true “linesider” snook and ensuing test of tackle and fisherman alike is on par with any large predatory fish you’ll find, anywhere in the world.  Typically found on bridges, mangroves and other structure, these fish compound the challenge by making use of their surroundings to “crawl up” mangroves, break leader on pilings and other expert jail break methods to make the snook one of the most challenging, premier fish to chase in Florida. 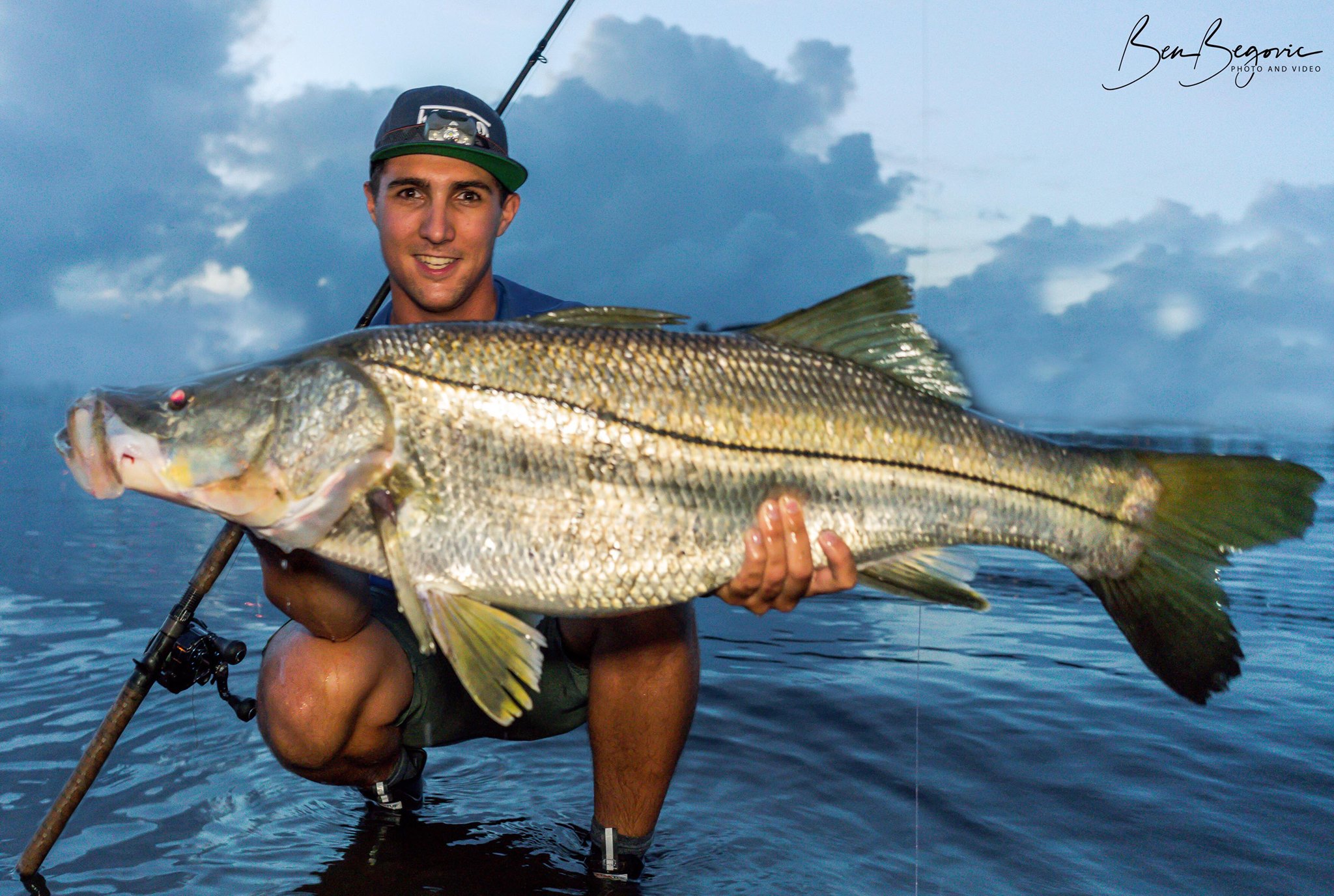 Ben Begovic is an avid snook angler and tourmenent fisherman based out of Deerfield Beach, Florida.  Here is his story of a recent experience that ended in a true Florida snook adventure.

Ben says, “I really got blessed the other morning fishing with a good friend of mine. This is my second fish on a lure that just passed the 35lb mark. Non Go-Pro, Non Wide Angle Lens, or exaggerated shot. This is what a true giant South Florida line-sided bridge troll looks like.

After catching a few, and with the tide slowly dying away, I made a move to look for some stirred up water, rather than trying to make something out of nothing with the crystal clear water of the high incoming tide approaching. I jumped out of the truck with daylight making its way at a local bridge and started throwing, but didn’t expect this to happen on the first cast.

The only way to describe how aggressive the bite was is to imagine this scenario. Think about yourself driving at night down a dark road at a good speed, and without notice, you drive over a speed bump that throws you to the roof of your truck.

I’d assure you my heart rate skipped a beat when it happened.

I thought it was a big jack when I drilled her on the hook-set with the 9” Spooltek. It was paired with an Abu Garcia Revo Toro Beast and a St.Croix Legend Elite Musky. She screamed 50-60 yards of drag before making a u-turn to head back toward the pilings. I got extremely lucky.

I slammed the drag to full on the reel and pulled like maniac as hard as I could to drive the fish back toward my direction. Since I had the bite on the Spooltek, it allowed my to put some extreme pressure without having to worry about a fray off with a big fish. She made her way back to the bank and as she did we saw the pencil-thick black lateral line go sideways before we grabbed her. We couldn’t believe at the size of the fish and how wide it was… at almost a 27” girth 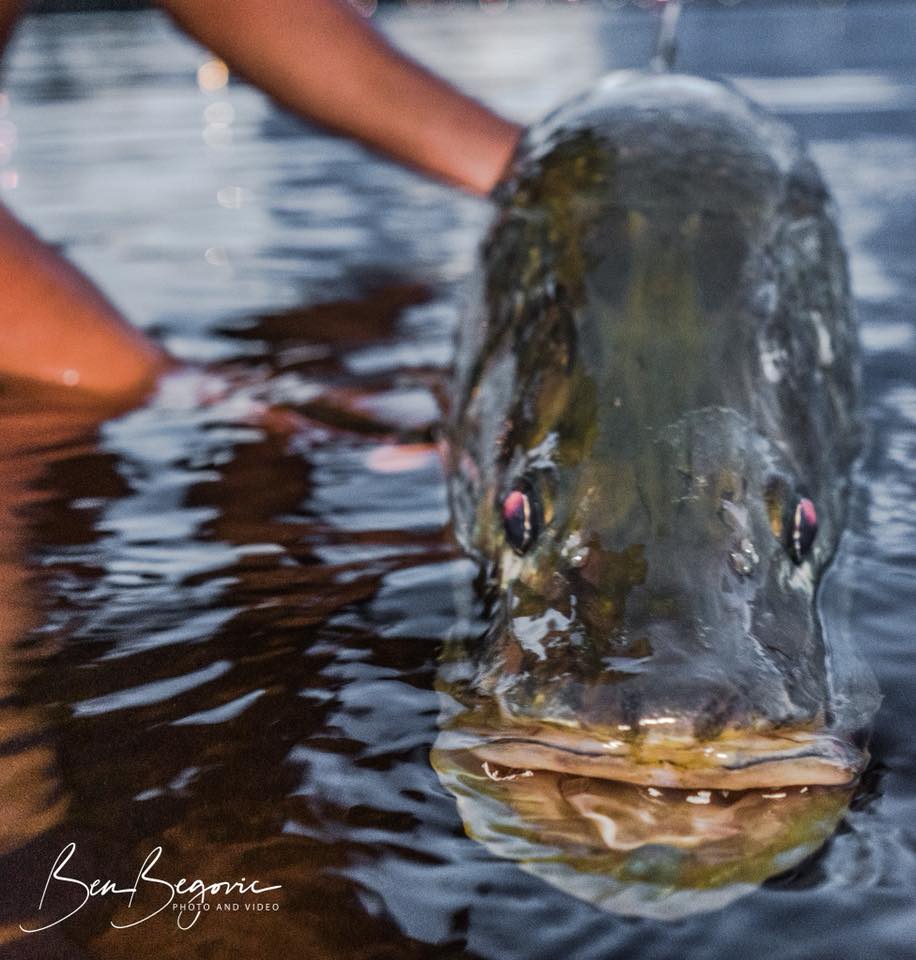 One of the locals who has been fishing there for quite some time said that was the biggest one he’s seen in person off that specific bridge in the past 15 years.

After a few pictures and a revival farewell, she was off and so were we.

Not sure when I’ll see another one this big caught from myself, but to put it in perspective, the last one that I caught over this weight on a lure was in September of 2015. Time and time again these 9” baits are producing big fish.

This also marks my 12th 30lb+ fish on a lure over the course of 3 years. If I had to guess based on how much I/we fish, this was achieved with over 250,000+ casts of the lure. This is to give you all a perspective of how many throws and hours of time are put in to catching a fish of this quality on a fake bait.

I can’t say when this might happen again, but I’m extremely thankful for the group of guys that share the addiction with me. From cast to cast, we’re still learning how these interesting fish cooperate based on time of year, wind direction, diet, spawning habits, feeding patterns, and moon phases. Yeah it really is “just a snook” but not many of this size are quite often fooled with a lure which adds to the excitement of the catch.

Till the next tide… ?

Here is Ben with friend Brandon Ramos on a different night with 51lbs of snook in 2 fish both on different lures at different parts of the tide! BEAST MODE!