This is called the Gummy Pilchard.
I got the idea from a friend via Facebook. They were using 3M VHB Clear double sided tape to make 5 minute Bonita flies. Their version is merely a little flash material with the tape pinched over the hook shank. They would cut it to shape to create a small simple fly to represent the near invisible tiny baitfish that Bonita blitz on.

This fly is a bit different and I believe can be used to represent a variety of bait fish, including a Pilchard.  You can reach Bill via his Facebook Page here 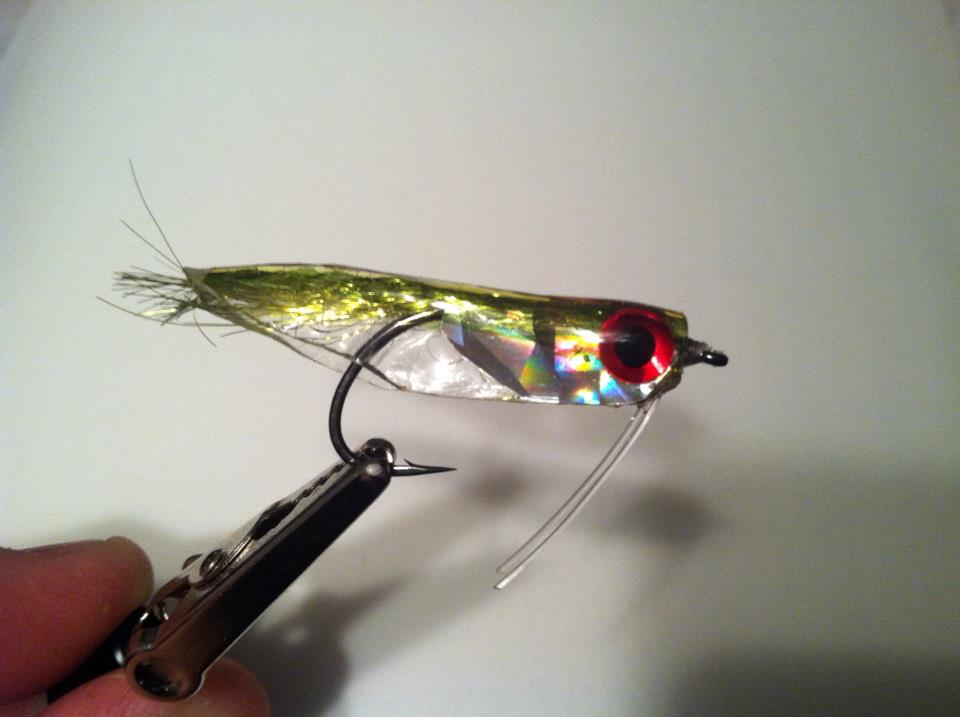 The materials are very simple and the whole process takes just a few minutes.

I found that after a little casting the air and water would open up the front of the fly causing it to fail. In order to prevent this, I am trying a coating of 5 minute Epoxy over the opening close to the eye of the hook and the seam at the bottom of the leading edge. Also covering the eyes to help them stay in place. After applying the Epoxy I rotate it until it is cured. Then it is a done deal, ready to fish.

I have caught Speckled Trout and Ladyfish on it in my day on the water with it. I am sure that the species list that falls for it will grow rapidly. Give it a shot!

I spend most of my fly fishing time, poling the marshy areas and grass flats in my Gheenoe, looking for redfish and speckled trout. I live in Panama City and I am looking to spend as much time this year in search of my first Tarpon on the fly.

I started my fly tying in the mid 90’s. Oddly enough, I did way more fly tying than I did fly fishing. I eventually quit fishing totally for several years. That all changed in about 2008 when I bought a kayak and began learning my local waters. I was severely hooked and I spent as much time as possible out on the water. Last summer I started throwing flies again and now it has become a passion! I have been back to tying flies since last summer