You are here: Home / skifflife / Chuck and on Aaron Island, June 22 // A favorite aspect of travel, adventure, a… 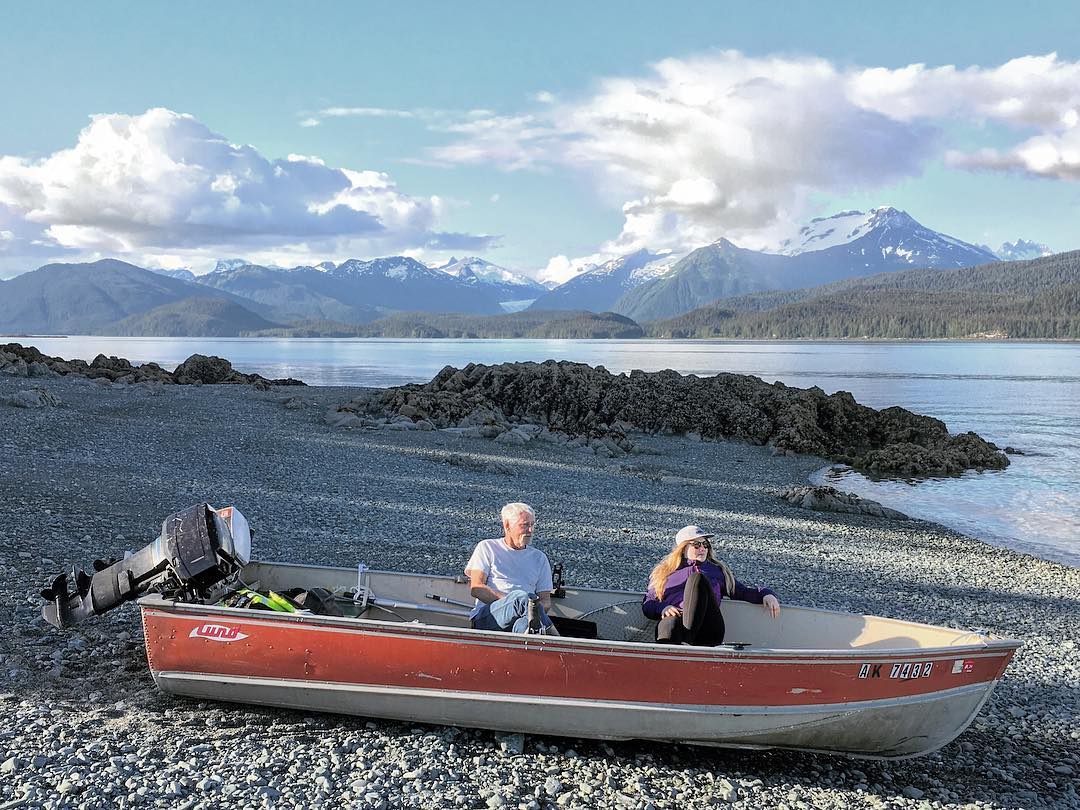 Spenser Johnson says: Chuck and @keamar on Aaron Island, June 22 // A favorite aspect of travel, adventure, and being in nature is the unexpected encounters with folks along the way. Kea and I arrived on the island to camp at about 6pm Thursday evening, and from a distance, saw a small skiff up on the beach that had obviously been there since a higher tide. When I saw a person sitting in it, I walked over to see if they needed help, and that’s when we met Chuck, an older gentleman from a small town in east Texas. An electrical engineer by trade who made a career with a major airline, he’s been in Alaska for years and has explored far more of the state than any of us, but Juneau’s been his home for a while now. He said he knows these local waters well, but misread the tide that day, and had been enjoying his “accident” since just past noon. It’s a reminder that time passes more slowly in a small town and in the great outdoors, and that is something to be enjoyed. He wasn’t inconvenienced having to wait for the tide, he got to spend a whole sunny day in island solitude, despite its unplanned nature. We all shared a beer and exchanged stories until he was able to float at 9:30pm. Nice to meet you, Chuck.
————
#aklivin #juneau #alaska #juneaualaska #boatlife #skifflife #lundboats #natureporn #naturelovers #islandlife #islandcamping #alaskanadventures #beachlife #fishalaska #fishinglife #stranded #castaway #easttexas #texaslove #texasfishing #oldmanandthesea

Previous article: Sometimes boating is more like work. Salt water claims another one. …
Next article: Couldn’t find a fluke in the harbor today. But loads of Rat Bass …